Tell me about the history of Six Organs of Admittance. How has it evolved over the years?
I would say more like devolved! It has gone form a project based mostly on ego to a project of humiliation and supplication. So it goes.

Did you have formal training? How did you come to psychedelic and experimental music?
I took bass lessons for 2 months when I was 15. That is about it. I learned to play the Peter Gun theme, Money by Pink Floyd and Pressure Drop by Toots and the Maytals. 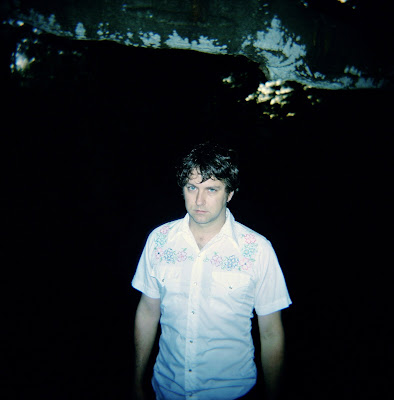 Did you have any other musical projects prior to Six Organs of Admittance?
I was in a band called Smile when I was 16. We wanted to sound like Slayer but we weren't that technically advanced so we settled on sounding like Samhain.
How did Comets on Fire come about?
Speed, whiskey and an echoplex I believe. Then I joined the band. We were all friends. Everyone except Sir Noel is from Eureka, California so we all bonded.

When you are writing a song do you know which project it is for? Do some songs migrate from one project to the other?
Well, nowadays I kind of only have a couple projects. But yeah, I am a virgo so it's all very categorized. I know what's going on before I start. This whole idea of inspiration touching you from the heavens is bullshit. It's work. It's funny how many atheists still believe in divine inspiration. Dude, you can't have one without the other! 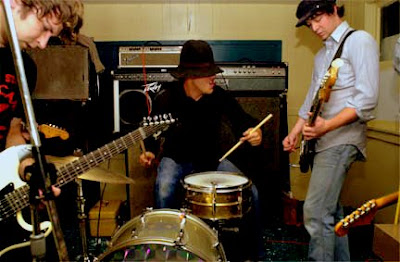 Tell me about your work with Current 93. How does it differ from your two other projects?
Current 93 isn't my band. I played in that band for about 2 years but no longer. It's Tibet's band. He calls the shots. In my band I call the shots. 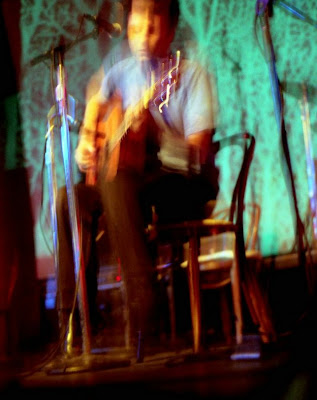 I saw you for the first time @ Terrastock IV in Seattle. Were you involved in any of the previous festivals, and which ones? How did you connect with Phil and the other organizers of Terrastock?
Wow, you were there? That's great. Phil has always been the best. He's a great champion of underground sounds and really was one of the first people to ever give a shit about Six Organs. He's been so supportive over the years. That show you are talking about was only my second show ever. So that shows he trusts people too!

With Comets on Fire I definitely hear a Grateful Dead influence. I had older siblings that forced me to listen to countless hours of live Dead tapes. Did you discover the Dead on your own or did you have help from siblings?
Man, I fucking HATE the Grateful Dead. With a Passion. And don't worry, I have had more than enough people try to turn me on to them. "Ah man! you don't like the Grateful Dead? You gotta hear (fill in the blank)." I hate them. And yes, even their first record that is all collage shit. And YES, even American Beauty. And Yes, even that Dark Star-oooh-they-only-do-it-live-every-50-shows or some bullshit. I hate them. Have I mentioned that yet?! However, you are not incorrect in hearing them in Comets. The other dudes all love them. Notice we don't play music together anymore. 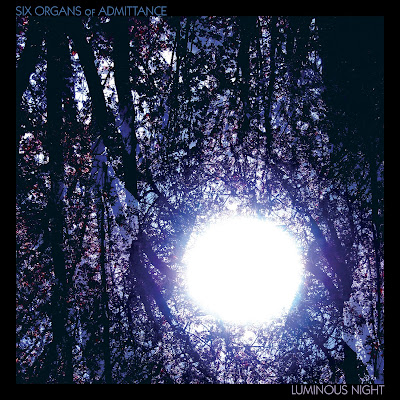 You worked with Randall Dunn (from Sun City Girls) to record yourlatest album. How did you end up working with him?
I moved to Seattle and read this interview with him where he was talking about how if bands want a live sound they should go to Steve Albini but he can't help with working with atmosphere (the phenomenon, not Slug's band). I called him up, we talked about Joy Division and Bauhaus and that was that.

I have noticed that Six Organs of Admittance has evolved from acoustic guitar workouts to more elaborate and baroque compositions. Did you set out to do that or was that just natural evolution?
It was pretty natural.

What are you currently working on? Any new projects in the pipeline?
I am currently getting ready to start my new acting career and pretty excited about it. It's a surf film and I think my experience surfing in Humboldt County and Santa Cruz will really come in handy. I am stoked brah. Though some of the scenes look totally gnar gnar, ya know? I'll have my James Ferraro on my headphones the whole time. Take care bro!